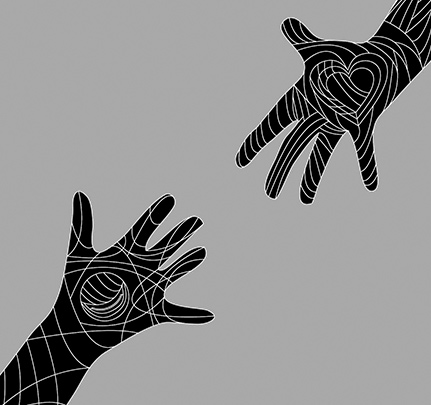 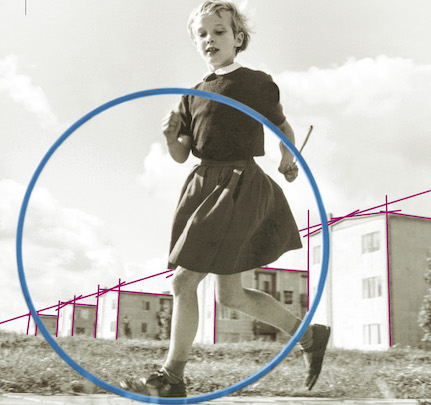 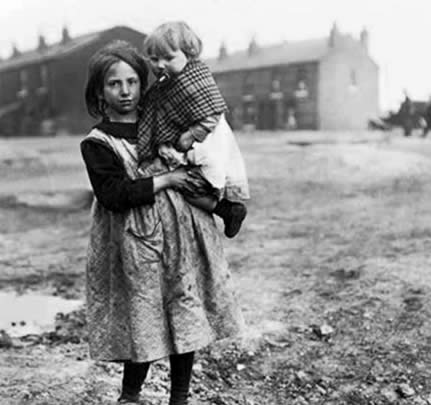 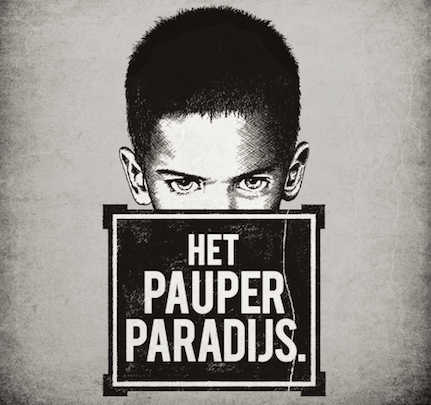 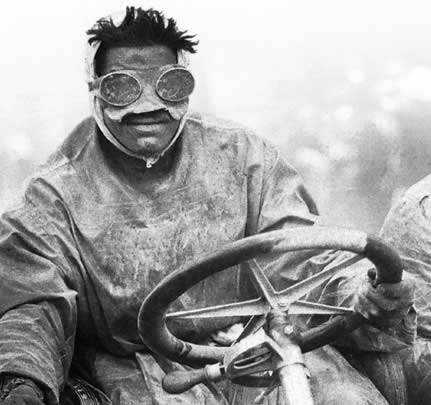 The personal description for convict number 5374 states that he is 1 metre 50 tall. The width of his head is 15.6 cm, its length 18.9. His facial pigment is whitish yellow with a transparent tinge, the ridge of the nose straight, the left eye mid-blue. The sheet also gives the length of his sentence: three years, expiring on 5 November 1903.
For safety’s sake, four fingerprints were taken of his right hand. Then 5374 was photographed, in profile and full face, his number always in view. He stares at me, inmate number 5374, with a washed-out expression. Passive and at the same time slightly startled; he has never stood in front of a camera before.
Finally, 5374’s personal description card gives his name: Harmen Keijzer. And his age: forty-eight. I stare at the man in the photo as he stares at me. This is not just any vagrant; this shabby figure is my great-grandfather.

On my computer screen I’ve enlarged his photo to two hundred per cent. The picture was taken more than a century ago, on what was probably one of the worst days of his life. I search his face for any sign of what was going through his mind. What would he have thought had he known that his great-granddaughter would see him in this state? What did he feel on that day: shame, fear, agitation? Or was his spirit so broken that nothing troubled him any longer?
He’d been arrested on a Monday, a few weeks earlier. The crime described in the verdict was as follows: ‘That on 8 October 1900 in Utrecht the accused was walking the streets and on being searched was discovered by the arresting officer to have no money or anything of monetary value on him.’ Special constable Van Zutphen made out a charge sheet for vagrancy and Harmen Keijzer was placed in detention. Several weeks passed before he was brought before the judge as part of a group of thirty-four suspects, all accused of the same crime. For the court this was a routine task. The verdict had been printed beforehand, so the clerk had only to fill in the name, date and sentence. The judgment was made by three judges, I notice, including a lord by the name of the Honourable Mr. Justice J.M.J. van Asch van Wijck.
Having looked my great-grandfather in the eye, I detect in myself an indeterminate prickliness in response to the title ‘lord’. I find it impossible to resist googling the name and sure enough, I find a long list of forefathers and descendants who all occupied prominent positions. It turns out that in our time the name of the lord in question was emblazoned across the front wall of a primary school in Utrecht, the city where the judge was born and where he tried Harmen. My bad-tempered response has no rational basis. What could this man do about the fact that he came from a wealthier family than Harmen Keizer and the situation was such that he had to pass judgment on my great-grandfather rather than – for example – the other way round?

The lord and my grandfather, judge and accused, stood facing each other as representatives of two different worlds. The paragon of civilization versus the epitome of degeneration – the depraved, rather than noble, savage.
Harmen Keijzer spent twenty-one days in a police cell before he was driven to court in a paddy wagon along with the other accused. I dare say the stately entrance made by the judges in their robes and white jabots would make an impression on any man in such a position. The portrait of Judge Van Asch van Wijck that hangs in the Upper Chamber of the Dutch houses of parliament shows a serious gentleman with a neatly trimmed moustache. The suspect in the photo on the personal description card had nothing in common with the lord. I wonder whether they exchanged glances. With thirty-four grubby vagabonds in the dock, I cannot be certain the judge actually looked at each one.

The printed verdict included article 432 of the Penal Code. The punishment for vagrancy and begging was to be locked up and re-educated, but above all to be locked up. The only question was for how long. At the trial of Harmen Keijzer the prosecutor asked for three days behind bars and a year and a half in the state labour colony. Judge Van Asch van Wijck believed this was too lenient and decided on the maximum penalty: three years in the Veenhuizen colony.

My great-grandmother had applied for poor relief on 14 October 1898. Her details were noted on form 4000, her situation summed up in a few lines:

“Her husband, Harmen Keijzer, is a cobbler and he left her about six weeks ago. He has been in Nijmegen, but she does not know where he is now. Prior to her marriage she was a domestic servant for Mrs. Slicher on the Prinsengracht. For six years she was a maid there for three days a week. Her hours were gradually reduced and for the past six months her help has no longer been needed, although last week she worked there for two half-days and earned 80 cent. From the parish priest of St. Catharina’s Church she received 2.50 guilders and from Mr. Tholen at the St. Vincentius Association on the Leidschestraat one guilder. According to the information available, no fault has been found with her behaviour. She is currently working as a temporary help for Mrs. Tholen on the Leidschestraat for 4 guilders per week.”

The day after she made application, the report reached the desk of the head of registrations. The poor-visitor carried out the required investigation quickly and thoroughly. She discovered that Miss Gijben, married name Keijzer, had five children. The youngest, little Harm, aged almost two, needed supervision all day. The daughters of twelve, ten and seven attended school and the eldest was working as an errand girl. Helena Gijben provided evidence of the paltry income available to the family. Their immediate need concerned rental arrears, which over the six weeks without her husband had built up to a total of six guilders, so that they were now being threatened with eviction. Helena had also shown fifteen guilders’ worth of pawn tickets, demonstrating that everything of value that the family owned was already at the pawnbroker’s.
After investigating the family, the poor-visitor from the Civic Relief Board had been to the house on the Oude Looiersstraat to check. She noted that the dwelling consisted of one ‘ill-furnished’ room. The family gave the impression of being ‘at present very needy’ but decent. All five of the children had been ‘baptized RC’ and vaccinated. Their mother was no scrounger. ‘She has never asked for or benefitted from poor relief here.’
On her application, it was later discovered, she had made a mistake. She stated that she was born in Assen, but from her documents it appeared she came from Veenhuizen. The woman who compiled the report had not made too much of this. Such a thing could happen. The error had no impact on the ultimate decision.
Finally, reports concerning Helena’s behaviour were garnered from her employers. ‘Mrs. Slicher, Prinsengracht, and Mrs. Jager, Keizersgracht, presented the most favourable information about her.’ It was in fact mainly this that settled the matter. The two women were largely responsible for the positive assessment made of Helena. The Commission of the Civic Relief Board wrote on the form four days after receiving the application:

What the family needed most urgently was provided for a few weeks. After 7 December the situation would have to be looked at again. In the end that proved unnecessary. On 8 December little Harm died. No one any longer needed to stay home to look after him.

A row of six white alcoves

Still just in time for the opening, I arrive at the Prison Museum. The former Second Institution has been renovated on the outside but not altered; the bars, freshly painted, are if anything all the more obvious. At the entrance stand broad-shouldered men with earpieces, whether to protect us or to keep an eye on us is not clear.
The gate through which my great-grandfather walked every day a hundred years ago has been rebuilt to create a wheelchair-friendly entrance with modern coat stands; the stinking privies have been replaced by stainless steel designer toilets. The ladies rearrange their hair and apply lipstick. Like the gentlemen, in their Hugo Boss suits, they look to me seriously out of place in this former warehouse for troublesome riffraff. But that’s not how they experience it themselves, it would seem.
In the reception hall the divide between the two parts of the institution – inside and outside – remains visible with the help of construction beams, but in place of a sense of oppression there is now a feeling of space, since all the interior walls and ceilings have been removed. The museum director tells me proudly that the entire top management of the Custodial Institutions Agency is in attendance.
As one speaker follows another, I look out across the audience. So here we sit, a room full of neatly dressed ladies and gentlemen who would never have found themselves among vagrants, listening to pompous speeches about the museum’s ‘international ambience’ and efforts to put Veenhuizen ‘on the map’. Even though my forebears lived between these walls, I undoubtedly belong to a different milieu. Like the rest of the guests I’m miles removed from the paupers of those days, and from the prisoners who form the decor of this museum.
As soon as the top civil servant at the Ministry of Justice has divulged her fingerprint to the biometrics device installed for the purpose, the museum is open. A band in the courtyard bursts into cheerful Dixieland and glasses of wine are passed round. Some of the invited guests start to look at the exhibits.
In the part of the exhibition that deals with the history of Veenhuizen I recognize the scale model of the Second Institution, which according to its new label was made by an inmate during the time when my great-grandfather was held here. A little further on are items produced by the cobblers’ workshop and the smithy, which in theory he may have helped to make. But it’s the sleeping berths that cause me to slow my pace. A row of six white alcoves made of woven steel bands, 90 cm wide, 1 metre 85 long. One of the alcoves is invitingly open. As I look into it, two ladies walk over towards me. Above the clicking of their heels I hear them talking about project estimates and programme profiles.
‘Oh, how sweet,’ one of them lets slip spontaneously on seeing the berths. ‘Look here, these must have been for the small criminals.’
I feel the blood rise to my cheeks. I want to bring home to them just how mistaken they are, but instead I step into one of the berths, by way of an unnoticed statement. To my amazement it’s not even unpleasant in there. It actually feels safe, as if you’ve withdrawn to an island, a place where no one can touch you.